In their video work produced in connection with their audio-visual performance to be held on 8 October 2016, festival artists Hampus Lindwall, Joakim Forsgren and Leif Elggren channel a variety of states of consciousness on different visual and acoustic levels. Commissioned to be presented in the Werkleitz Videorama, the piece was inspired by transcommunication research, which appears here in effigy in the form of a two-headed doll that represents Johann Sebastian Bach (1685–1750) and Georg Friedrich Handel (1685–1759). In the organ loft of the Moritzkirche in Halle, Elggren will enter a trance-like state in order to establish contact with the otherworld, while Lindwall accompanies him with his improvisations on the Sauer organ.

The Swedish artists Hampus Lindwall, Joakim Forsgren and Leif Elggren have been invited by curator Martin Hartung to create an audio-visual performance for the Werkleitz Festival that explores the Electronic Voice Phenomenon (EVP), which relates to the recording of voices from the beyond. The artists will attempt to draw Johann Sebastian Bach (1685–1750) and Georg Friedrich Händel (1685–1759) into a dialogue in the Moritzkirche in Halle. Though for a time the two composers worked not far from one another in the cities of Halle (Saale) and Leipzig, no personal encounter was ever documented.

The artistic collaboration is inspired by continuing research on the immaterial inheritance of frequency ranges. Elggren plans to utilize a method developed by the Latvian audio tape researcher and parapsychologist Konstantin Raudive (1909–1974), who for a time worked together with the discoverer of EVP, Friedrich Jürgenson (1903–1987). By means of germanium diodes the artists hope to establish contact with the otherworld. Lindwall will then integrate this contact into his organ performance, which will feature works by Bach and Händel and improvisational interludes.

[Admission is free of charge, donations are welcome. Proceeds will go to the SAUER-Orgel Halle e. V. organization to support the complete restoration and maintenance of the Sauer organ.] 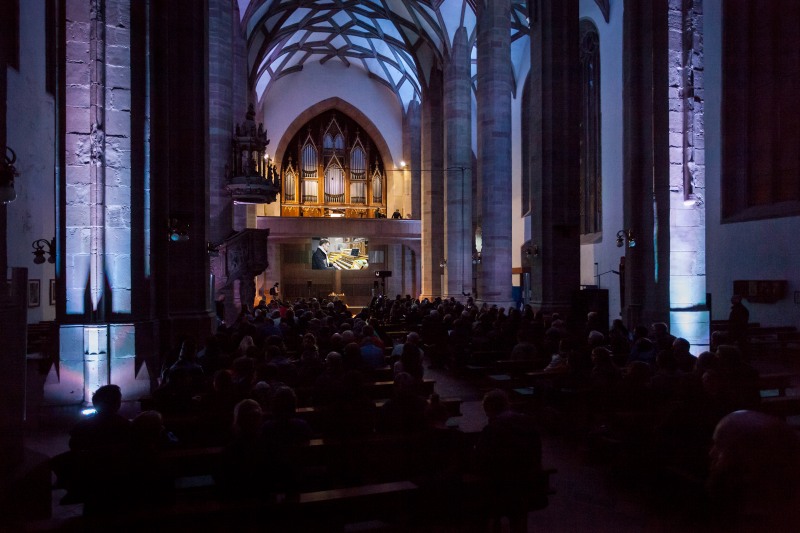